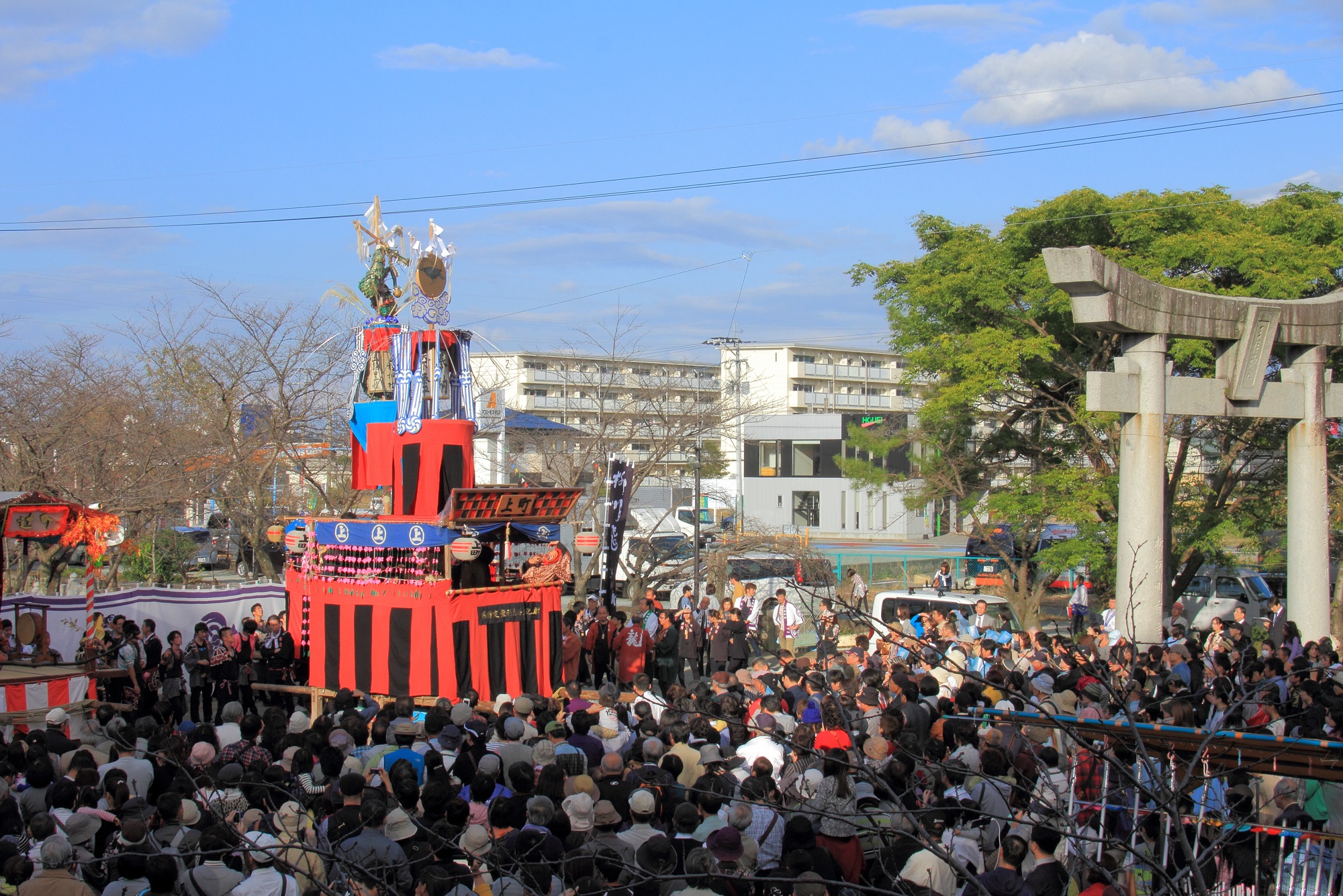 During this major autumnal festival at the Mihashira Shrine, people bustle about so excitedly that the festival is called “onigie”, a clipped word of “ohnigiwai (bustling about)”. The festival, which was originally held to offer thanks for a good harvest, now has such parades as “dorotsukudon” and “odori dashi” that flaunt along the streets just like kasai-bayashi and gion yamaboko in Kyoto. 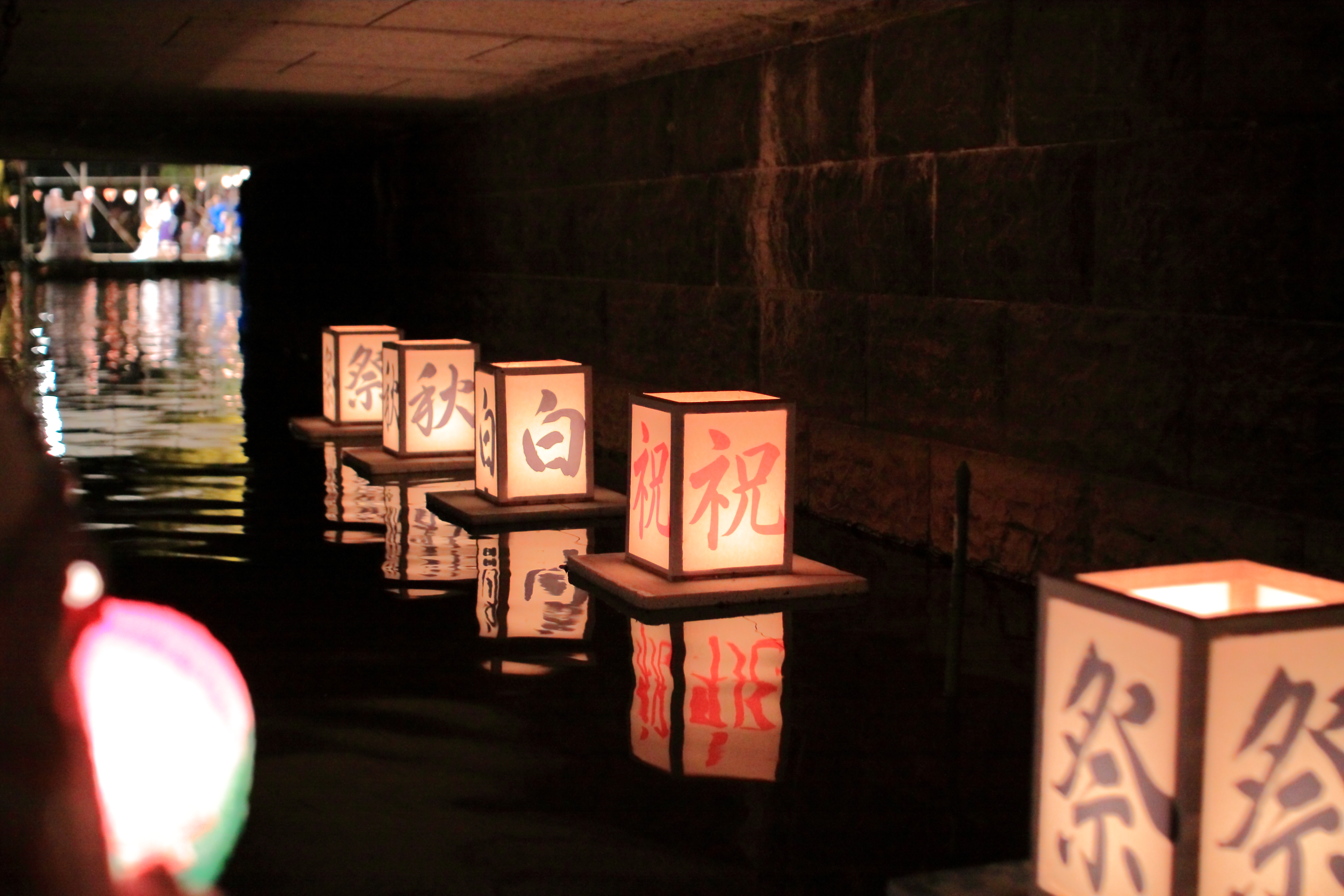 This festival, held to cherish the memory of the great poet Kitahara Hakushu, lasts for three days (Nov. 1－3), one of which is the anniversary of his death. At dusk more than 110 boats decorated with small, round red lanterns make headway on the water sparkling to the lights for three hours, leading you to a world of fantasy. On their way those boats are hailed by citizens watching from houses and bridges along the waterway and also by folk entertainments and choruses performed on 20 stages or so. And then the festival is climaxed by approx. 1,000 fireworks displayed in the night sky of late fall. Afterwards at the Hakushu Poem Memorial Garden, participants loudly recite Hakushu’s poem “Kikyorai” that starts with “Tobamashi ima (Were I a bird, I could fly back there now.)”.