kotatsu-bune (equipped with a Japanese-style fireplace with a coverlet) 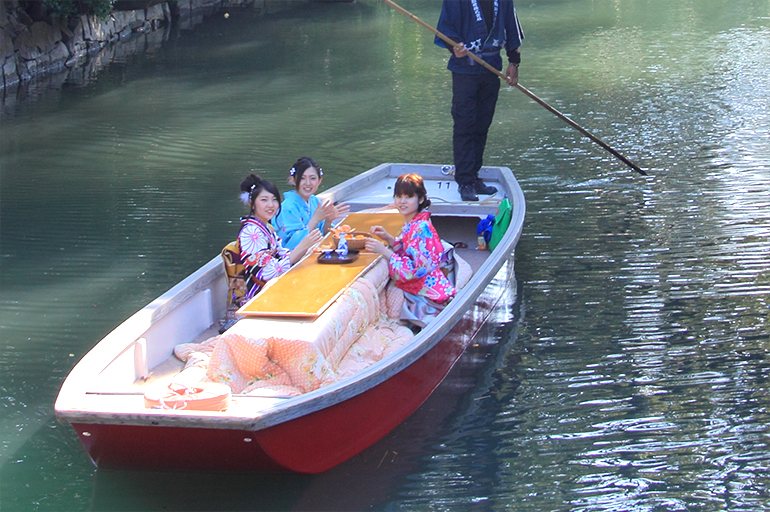 Feeling comfortable on a kotatsu-bun (equipped with a Japanese-style fireplace with a coverlet) in a silver world. 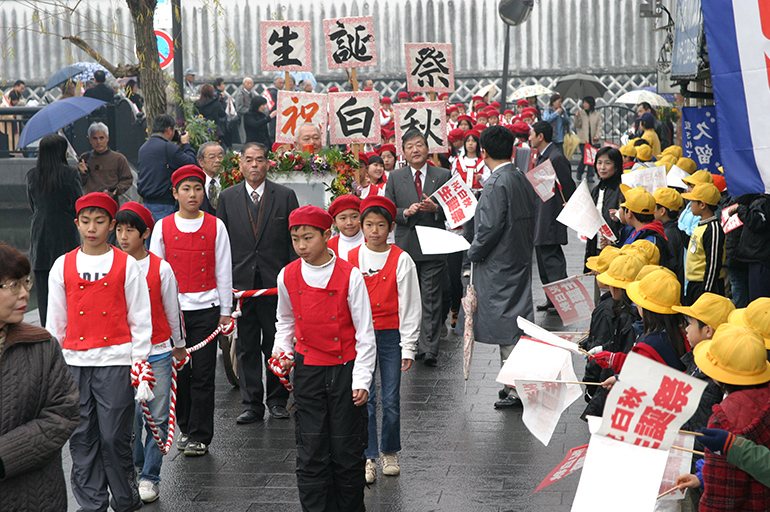 At this celebration held on January 25 (his birthday), a group of people carrying his photo and a sake barrel on a dray parade through the city, accompanied by the drum and fife band of his alma mater Yadomi Elementary School. They start from his parents’ home, finally getting to the Hakushu Poem Memorial Garden, the destination of the parade, where Hakushu’s birthday celebration is held under the sponsorship of the Hakushu-kai Group.

Ohori biraki speaks eloquently of the incoming of spring in Yanagawa. This is a traditional event handed down from the period of feudal lords. During the event all the moats are temporarily dammed up to be cleaned and disinfected by sunning, and then the dams are taken away so that water comes into the moats again.